Last week my brother, two sisters and I met on Zoom to go to my Polish Grandma’s funeral.

Babcia’s funeral took place in West London, about nine family members met at the graveside. My other sister was there in person with her boyfriend and they held up a camera and live-streamed the rest of the service so that the other three siblings could attend. A Catholic Priest gave a two-sentence introduction before going through the set prayers including the commendation and committal. The whole service was over in roughly ten minutes and, including a bit of waiting at the start and then some hellos and good-byes at the end, I can’t have been on the call for longer than thirty minutes.

Meanwhile, The New York Time’s recently did a podcast episode called A New Way to Mourn which documented the experience of Wayne Irwin, a retired minister of the United Church of Canada, and the loss of his wife, Flora May. The podcast described how he decided to organise and conduct his wife’s funeral on the video conferencing platform Zoom. While this funeral uses the same digital platform the service was (from the sound of it) very different. Wayne had invited friends to produce videos, give readings and share stories, from what I could gather from the podcast it felt more like an interactive memorial service.

A third example of digital grieving that I came across recently is the story of Final Fantasy gamers who held a funeral online for fellow player Ferne Le’roy who died of COVID-19. You can watch here the hour-long march that gamers made across the final fantasy map towards a tree in the game where they made their final goodbyes to their friend. 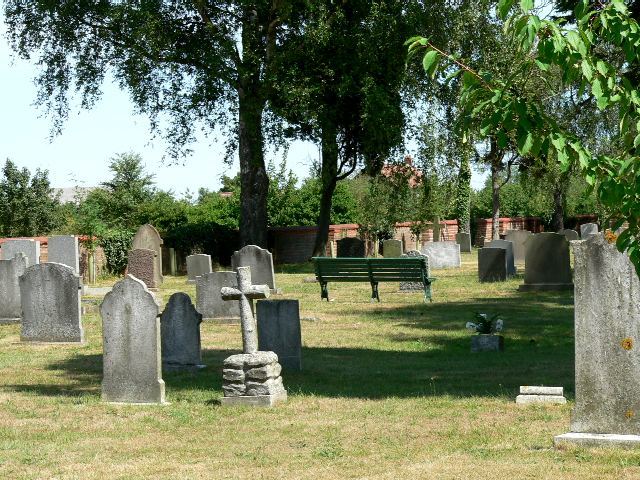 Three very different examples of grieving online which represent different ways of using digital technology. In the first example, I was simply observing something that was happening in the physical world. In this case, the technology involved is acting essentially like a window into the physical world. In the second example, Pastor Irwin brought together a group of people to share an experience in a zoom conference, this is more like a room rather than a window, everyone is in the same space together sharing the same experience. In the final example, the entire event and the people involved, are in a digital space; it is the only example which is actually disembodied.

The distinction here is between “Online Church” and “Church Online”. I got this phrase from Dr Beth Singler who talked about it on a recent BBC four In Our Time episode about Religion Online. Online Church is when every aspect of the service and the people involved is removed from the physical world and situated in the digital. Church Online is when the physical service and the people attending that service use digital technology to shorten the physical distances and enable attendance but things otherwise stay the same.

This distinction should I think impact how we understand Church engagement with digital media and our fears about the digital space. I think it could impact the current consensus on sharing communion online, but that will have to be for another post.

I was pleased to say that live streaming my grandma’s funeral didn’t feel at all awkward. The family members who were there in person didn’t mind and those of us on the zoom call found it quite moving despite having to engage through a screen. I would encourage fellow clergy to invite friends and family to use zoom so that others can attend funerals during social isolation. An introductory sentence which notes that people are attending the service from afar is all that’s needed, it can otherwise be ignored and shouldn’t require any additional effort.

For those of us who will attend funerals via zoom in the coming weeks and months: As I have said before Engage, don’t just observe, for example, my wife and I got dressed up for the service. It felt odd putting on a dark shirt as we would for a funeral normally and then just sitting in our living room but it was an important part of preparing ourselves for what we were about to attend.

On a similar but related note, I would advise taking time before and after the service to prepare yourself. In ordinary times on the day of the funeral, there are all sorts of moments and events that cue us for the moment of the funeral. We don’t come in cold to those moments, we are prepared by the arrival of the hearse, the solemn nod from the funeral director. Lots of little moments that add up and enable us to enter in. Of course, at the moment those are available to us, but we can find new and personal ways of preparing our hearts for that significant moment of goodbye.

Actually, in the course of writing this, I’ve changed my mind. Clergy you will have to do more than simply an introductory sentence at the start of the service which mentions those on Zoom. Part of our role in this season, as caregivers and pastors, as shepherds responsible for the cure of souls, is to guide people through their grief in this new normal taking into account the technology available, the limits imposed and the oppotunities for creativity. I think that has to involve in our funeral preparation, in our conversations with family members, being aware of some of the issues highlighted above and inviting each family to think carefully about how they can prepare themselves for that crucial moment of the Commendation and Commital.

This site uses Akismet to reduce spam. Learn how your comment data is processed.